Vince is what they call a true born future breeding stallion. He is the halfbrother of Germany’s star, Mumbai van de Moerhoeve

Hello, my name is Vince van den Bisschop but everybody calls me a future breeding stallion. I don’t know why… Maybe it’s because of my half brother who is named Mumbai van de Moerhoeve. He is Germany’s new hope for the Olympic Games in Tokyo this year with his rider Christian Kukuk. It could also be my other half brother, Opium GW van de Moerhoeve, who is a rising star under the saddle of the Dutch rider Willem Greve.

But for sure it has something to do with my father, Comme d’Api van de Hacienda. He told me he competed at the highest level together with his rider Daniel Deusser. During his career, he focused on sport and not that much as a breeding stallion. But nevertheless he produced horses at the highest level like Scott Brash’ machine Hello Mister President.

Top sport runs through my veins. My mother is Ischgl de Muze, who competed at a 1m40 level with Joe Clee and she is a direct daughter of VDL Groep Eureka who jumped her heart out for her rider Michael van der Vleuten at the highest level.

There is no two without three, I will be the third breeding stallion in line. Eureka 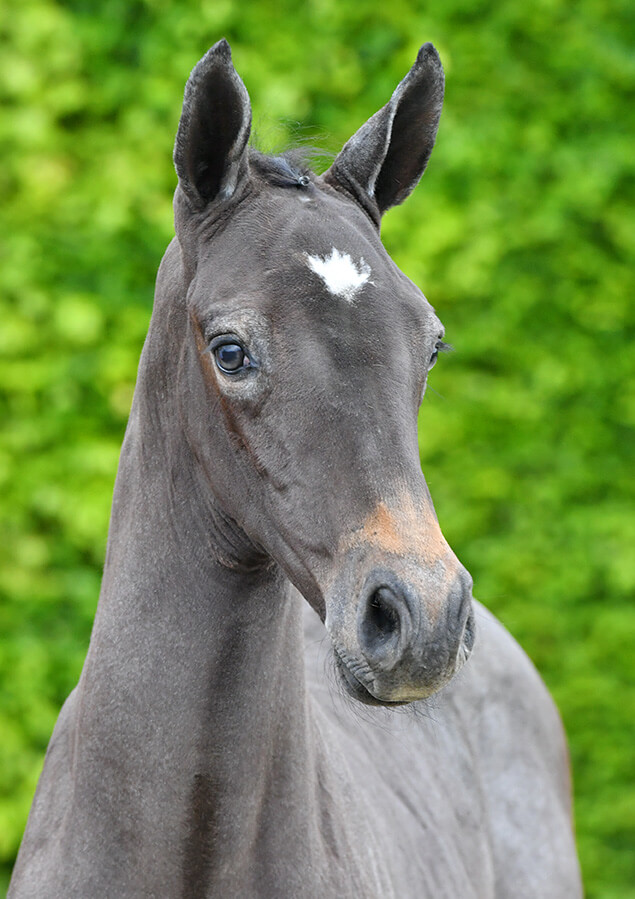 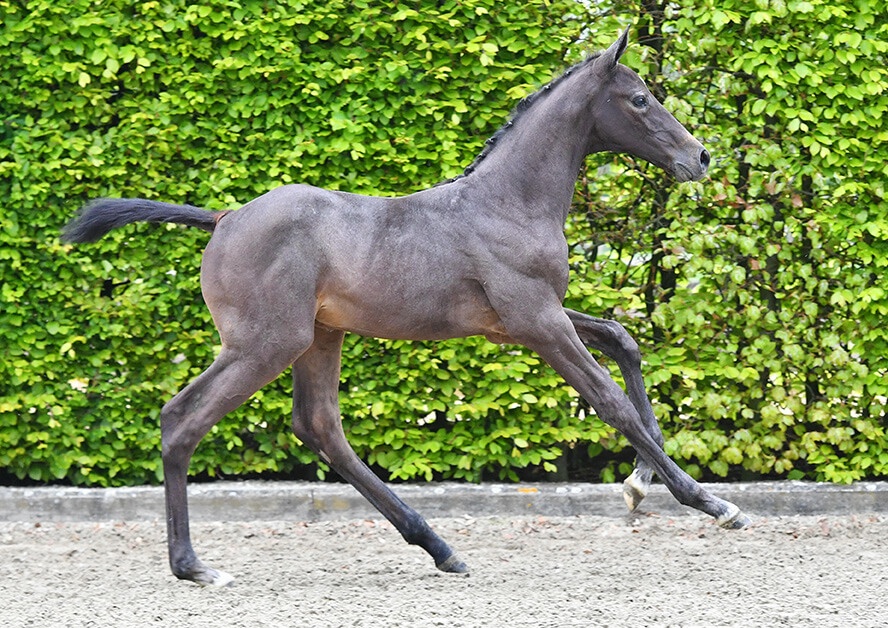 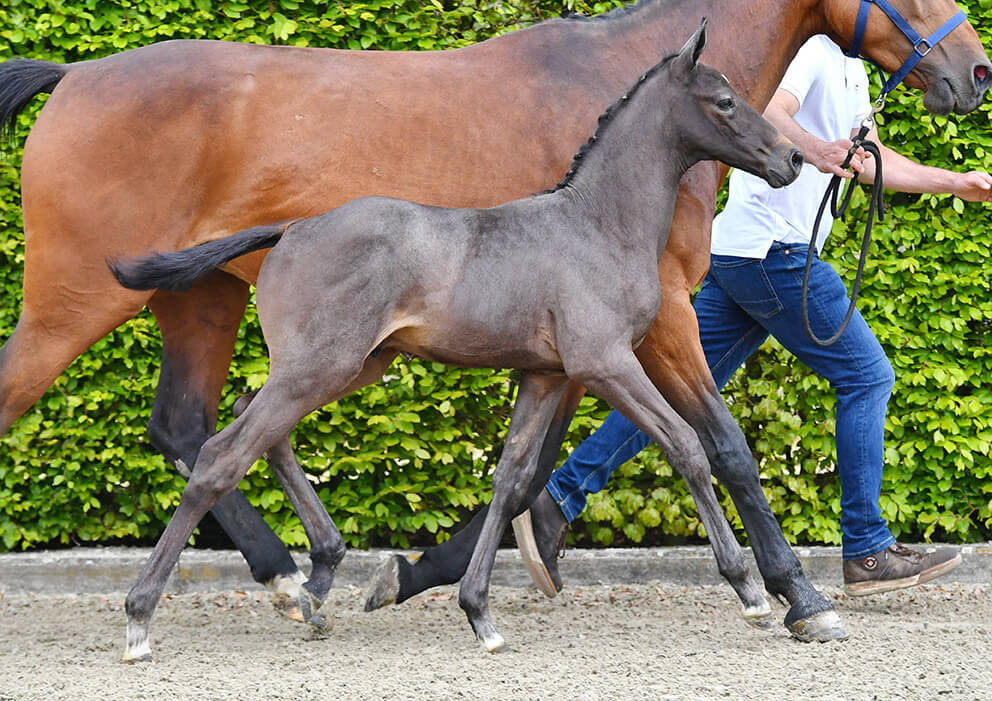 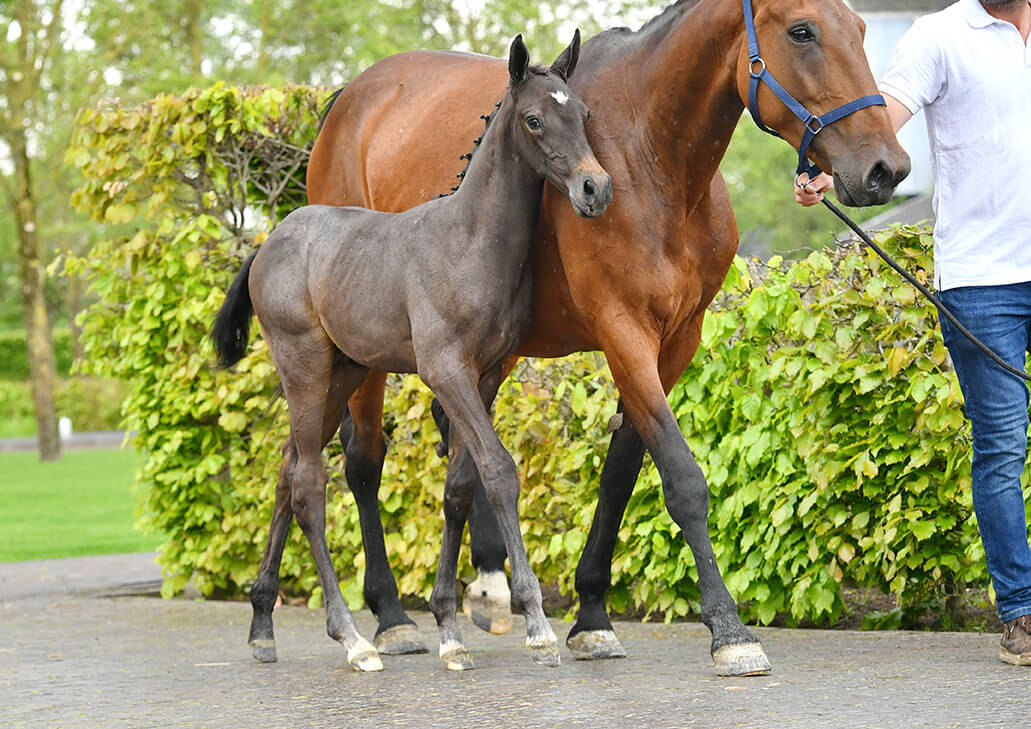